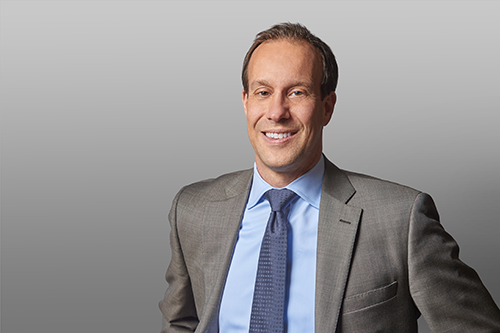 Few people are aware that over the last six years, Jason has been working to ensure that several of the most impactful projects in the greater Akron-Canton region have been realized. Sometimes directing from behind the scenes and occasionally right out in front – Jason has helped shape the complicated, interesting, politically-charged and emotional backstories of several significant projects you may have seen in the news.

These projects include the revitalization of The Shorb Neighborhood in Canton and the I Promise Housing initiative, along with East Akron Neighborhood Development Corporation (EANDC).

A major spotlight is on Akron right now and Jason has been an integral part of the process for the past four years. Serving as a community liaison and Akron concierge, if you will, Jason has facilitated communications, connections and partnership between city, county and state governments, the University of Akron and California company, LTA Research and Exploration. The conversation: gain approval from the Development Finance Authority of Summit County to sublease the airdock, a world-class facility unlike any other, from Lockheed Martin. The goal: build full-size airships in Akron again – electric-powered, zero emission ships designed by the U of A’s engineering department.

There were many complex layers to this project, not to mention the nostalgia, history and identity of Akron wrapped up in concept of airships. Jason negotiated the deal to access and eventually acquire the Airdock, and also helped to validate and promote the project as an important investment for Akron. An advocate for Akron, he has helped convince LTA, with its initial operations located in San Francisco, that Akron was the best place to be. And now, this project is coming to fruition in 2023. Last Thursday, LTA unveiled its work on the Pathfinder, the largest airship build in the US since 1932.

The BMD Business Family is honored to call Jason a Member of the firm and is proud of how he has served as an advocate and champion of several noteworthy economic developments for our region.

Read more about this projects in these Akron Beacon Journal articles. Please note that these may require a subscription to view.

See the opinion piece published in the Akron Beacon Journal last year by Gary L. Miller, President of the University of Akron, and Daniel Horrigan, Mayor of Akron regarding the excitement and opportunity around bringing Airdocks back to Akron.

And now, this project is coming to fruition in 2023. Last Thursday, LTA unveiled its work on the Pathfinder, the largest airship build in the US since 1932.

May 1, 2022In recognition of Asian American and Pacific Islander Heritage Month (AAPI Heritage Month), Brennan Manna and Diamond is proud to recognize the contributions and achievements of our AAPI members. Posted by Brennan, Manna & DiamondBlog Post

April 18, 2022The announcement by Fluresh, a vertically integrated Michigan based cannabis business, of the closing of loans from a federally insured commercial bank totaling almost $50 million represents an important landmark for both Fluresh and the cannabis industry writ large. For Fluresh, perhaps as important as the bottom-line benefits of lower cost financing, the fact that its operations and financials passed muster with a substantial commercial bank can be regarded as an important rite of passage. For the industry, it reflects its inexorable movement out of the shadows and into the mainstream. This substantiates the view that, whether or not any of pending the federal legislation is enacted, bank lending to the cannabis industry will continue to accelerate. Posted by Stephen LennBlog Post

Out of the Shadows | An Investor Summit Recap

February 9, 2022After a COVID hiatus of more than 2 years, I rejoined the institutional cannabis investment speaker circuit, offering the closing remarks at the Kahner Global Cannabis Private Investment Summit in Coral Gables, Florida. My remarks addressed how banking developments are increasingly impacting cannabis investment, operating and financial strategies and decisions, for both plant touching and the growing array of ancillary businesses serving the industry. Posted by Stephen Lenn with James YoungBlog Post

November 4, 2021We are excited to announce that BMD is included in the 2022 Edition of U.S. News – Best Lawyers “Best Law Firms,” recognized for professional excellence with consistently impressive ratings from clients and peers. The full firm report is included. Posted by Brennan Manna DiamondBlog Post

October 14, 2021Estimates have shown that the cannabis industry is one of, if not the, fastest growing industries in the United States in recent years, with no sign of slowing. Growth requires capital. Banks need loans, and cannabis companies, which are rapidly becoming bankable need access to lower cost bank lending. While cannabis remains federally illegal, an impediment to access to financial institution credit, banks and credit unions are nevertheless entering the market in increasing numbers. Posted by Stephen A. Lenn with James Young