In recognition of Asian American and Pacific Islander Heritage Month (AAPI Heritage Month), Brennan Manna and Diamond is proud to recognize the contributions and achievements of our AAPI members. 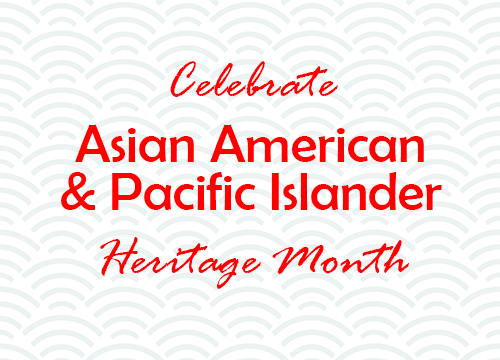 With over 24 million in population, Asian Americans and Pacific Islanders are the fastest growing racial group in the United States, making up seven percent of the total United States population. AAPI communities consist of approximately 50 ethnic groups speaking over 100 languages, with connections to Chinese, Indian, Japanese, Filipino, Vietnamese, Korean, Hawaiian, and other Asian and Pacific Islander ancestries.

AAPI people have contributed significantly to different aspects of American culture and society, including science and medicine, literature and art, sports and recreation, government and politics, and activism and law. In 2021, Kamala Harris became the first Asian American Vice President of the United States.

BMD is proud of our AAPI members and supports diversity and inclusion throughout our firm. We recognize the importance of empowering individuals to drive equal opportunities across all aspects of their practices and business interactions. We embrace and respect the unique qualities of all our clients, colleagues and communities.

August 26, 2022As we prepare for the plenary session of the informal institutional cannabis lenders community announced in my previous article, I am pleased to advise that participants now include 5 of the best-known dedicated loan funds; a select group of commercial banks ranging in size from single state community banks to mid-size regionals making cannabis loans into the mid-8 figures; and, a syndicator of credit union cannabis loans. Posted by Stephen LennBlog Post

August 4, 2022Non-compete agreements are an ongoing topic of dispute. Employers and their advocates point to the efficacy of non-competes in protecting proprietary information. Employees and their advocates argue about worker mobility and that employers unduly burden workers’ ability to seek better jobs. The Biden administration has put forth its position, and state legislatures have introduced bills addressing the enforceability of non-competes. Here is what you need to know: Posted by Member Joshua R. La Bouef and Associate Andrew FreibertBlog Post

April 18, 2022The announcement by Fluresh, a vertically integrated Michigan based cannabis business, of the closing of loans from a federally insured commercial bank totaling almost $50 million represents an important landmark for both Fluresh and the cannabis industry writ large. For Fluresh, perhaps as important as the bottom-line benefits of lower cost financing, the fact that its operations and financials passed muster with a substantial commercial bank can be regarded as an important rite of passage. For the industry, it reflects its inexorable movement out of the shadows and into the mainstream. This substantiates the view that, whether or not any of pending the federal legislation is enacted, bank lending to the cannabis industry will continue to accelerate. Posted by Stephen Lenn