CLIENT ALERT: Will Ohio Recognize a Biddle Claim in a Post-HIPAA World?

The Ohio Supreme Court will soon determine whether Ohio will allow patients to bring a private state law claim against a healthcare provider for an alleged HIPAA violation involving the disclosure of protected health information (“PHI”), when the healthcare provider discloses PHI for the purpose of collecting payment from a patient on a past due account.  The Ohio Supreme Court will decide this issue in a case styled Menorah Park Center for Senior Living v. Irene Rolston. [1] 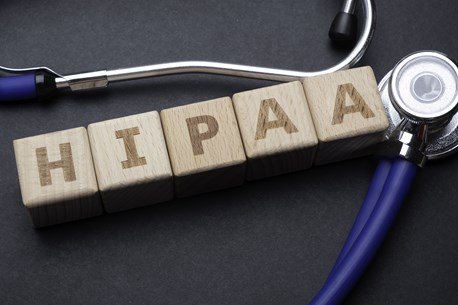 In Menorah Park, a rehabilitation center, Menorah Park, filed suit in the Shaker Heights Municipal Court to collect payment from a patient, Mrs. Rolston.  When Menorah Park filed its complaint, it attached unredacted billing statements that contained PHI, including “a description of medical services provided to [Mrs. Rolston]; the dates the services were provided; medical procedure codes; charges, credits, and balances on [Mrs. Rolston’s] account; and other information.” [2] While HIPAA generally prohibits the unauthorized disclosure of PHI, HIPAA expressly authorizes the disclosure of PHI for the purpose of collecting payment from a patient.[3]    Such disclosures are subject, however, to the minimum necessary requirement which states that the healthcare provider must make reasonable efforts to limit the disclosure of PHI “to the minimum necessary to accomplish the intended purpose of the use, disclosure, or request.”[4]

In response to Menorah Park’s complaint, Mrs. Rolston filed a class-action counterclaim, on behalf of herself and others similarly situated, claiming that Menorah Park had also improperly disclosed other patients’ PHI in over 250 similar cases filed in the same court.  Mrs. Rolston claims that she suffered between $6,000 and $15,000 in damages, and that each class member (between 40-250 patients) suffered similar damages—bringing the total potential damages of the class-action to between $240,000 to $3,750,000 (or more).

Mrs. Rolston characterized the class-action as a breach of confidence for the unauthorized disclosure of non-public medical information that [Menorah Park] learned within a physician-patient relationship.  Mrs. Rolston claims that the Ohio Supreme Court previously recognized a similar claim, referred to as a “Biddle Claim,” in a case styled Biddle v. Warren General Hospital.[5]

In Biddle, the Ohio Supreme Court recognized an independent claim for the unauthorized, unprivileged disclosure to a third party of non-public medical information that a physician or hospital has learned within a physician-patient relationship.  The Ohio Supreme Court decided Biddle, however, on September 15, 1999, before the U.S. Department of Health and Human Services (the “HHS Department”) published HIPAA’s privacy-rule regulations on December 28, 2000.

The trial court in Menorah Park dismissed the Biddle Claim, and Mrs. Rolston appealed to the Eighth District.  On appeal, Menorah Park argued that federal HIPAA regulations preempted or trumped the patient’s Biddle Claim because as a matter of well-established federal law, HIPAA does not provide a patient with a private cause of action against a healthcare provider for violating HIPAA.  Instead, as healthcare providers know, under HIPAA only the HHS Department may penalize healthcare providers for HIPAA violations.  The Eighth District rejected Menorah Park’s arguments finding that HIPAA did not preempt a Biddle claim, and reversed and remanded the class-action to the trial court for further proceedings.

In OhioHealth, a hospital filed suit against a patient to collect payment. [6]  The patient countered with a Biddle Claim similar to Mrs. Rolston’s in Menorah Park.[7]  In affirming the trial court’s dismissal of the Biddle Claim in OhioHealth, the Tenth District held that “HIPAA permits the use or disclosure of individually identifiable health information when it is for the purpose of obtaining payment. . .[and] [c]onsequently, the disclosure cannot be deemed ‘unauthorized, unprivileged disclosure’ as required under the theory announced in Biddle.”[8]  The Court in OhioHealth also explained “we are aware of no applicable exceptions to preemption, and because HIPAA is applicable to these circumstances, HIPAA is the governing authority.”[9]  Finally, the OhioHealth Court noted, “[s]ignificantly, HIPAA does not allow a private cause of action, according to Ohio law[,]” and therefore, even if the patient had a claim for a HIPAA violation, “he is without authority to bring it to court.”[10]

Although not as on point as OhioHealth, the decision in Sheldon v. Kettering Health Network, decided in 2015, anticipated the problem with enforcing a Biddle Claim in a post-HIPPA world: “recognition of a Biddle claim post-HIPAA presents a seemingly unsolvable conundrum” because some cases, like Menorah Park, would involve the use of HIPAA’s authorized disclosure regulations to form the basis of a state law private cause of action when HIPAA does not provide a private cause of action.[11]

Even if the Ohio Supreme Court decides patients cannot bring a private cause of action for an alleged HIPAA violation, healthcare providers should still nevertheless remember that HIPAA does provide for other substantial and severe penalties, including, but not limited to, potential fines by the HHS Department.  Therefore, regardless of how the Ohio Supreme Court decides Menorah Park, healthcare providers should comply with HIPAA’s regulations governing the disclosure of PHI when pursuing payment from a patient.

[7] The patient’s counterclaim in OhioHealth v. Ryan was not a class-action, and OhioHealth filed a redacted account statement as an attachment to its complaint.