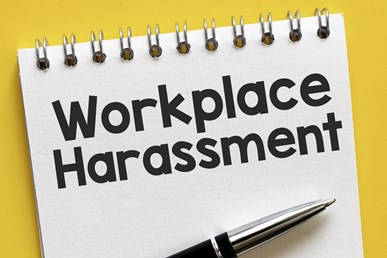 A New Jersey jury awarded $2.4 million to Damara Scott, a former employee of PNC Bank, who alleged the employer failed to protect her from unwelcome touching by a customer.

Ms. Scott alleged she was leaving work in 2013 when a customer began following her to her car. The customer, Patrick Pignatello, allegedly said “I offer full services and I’m willing to please.” Then he pressed and ground his crotch into her buttocks.

The lawsuit against PNC began in 2015. Pignatello had died by then. After over four years of litigation, the jury ruled against PNC. Key allegations were that Pignatello had previously harassed other female workers and customers within the PNC branch. While he was occasionally banned from the branch, his accounts were never closed as he was a profitable customer who referred other business to the bank. The jury found the employer had a duty to protect its workers from harassment beyond only the acts of its other employees. Ms. Scott was subjected to harassment based on her gender, and the employer was liable for the incident to the tune of $2.4 million. *

An informed reader may dismiss this article because it occurred in New Jersey, which is often referred to as the California of the Atlantic coast for its liberal protections of employees. However, the principles from this case are found in federal laws, including Title VII of the Civil Rights Act of 1964, as well as most state laws and regulations. This article is being written in Ohio, which has a specific provision that:

An employer may also be responsible for the acts of nonemployees (e.g., customers) with respect to sexual harassment of employees in the work place, where the employer (or its agents or supervisory employees) knows or should have known of the conduct and fails to take immediate and appropriate corrective action. . . .
Ohio Administrative Code 4112-5-05(J)(5).

The lesson: An employer’s obligation to its employees harassed by any non-employee (customer, vendor, business invitee, contractor, etc.) is the same as if the harasser was an employee. The Employer must investigate and implement prompt remedial measures to ensure that the harassment stops and does not reoccur.

For additional information or to make sure your policies and trainings are complete and up to date, contact me at 216.658.2323 or jcmiller@bmdllc.com, or reach out to any of our Labor + Employment attorneys.

*PNC has denied all allegations and is appealing the jury verdict.

August 26, 2022As we prepare for the plenary session of the informal institutional cannabis lenders community announced in my previous article, I am pleased to advise that participants now include 5 of the best-known dedicated loan funds; a select group of commercial banks ranging in size from single state community banks to mid-size regionals making cannabis loans into the mid-8 figures; and, a syndicator of credit union cannabis loans. Posted by Stephen LennBlog Post

August 4, 2022Non-compete agreements are an ongoing topic of dispute. Employers and their advocates point to the efficacy of non-competes in protecting proprietary information. Employees and their advocates argue about worker mobility and that employers unduly burden workers’ ability to seek better jobs. The Biden administration has put forth its position, and state legislatures have introduced bills addressing the enforceability of non-competes. Here is what you need to know: Posted by Member Joshua R. La Bouef and Associate Andrew FreibertBlog Post

May 13, 2022Our original article on bank lending to the cannabis industry anticipated that the convergence of interest between banks and the cannabis industry would draw more and larger banks to the industry. Banks were awash in liquidity with limited deployment options, while bankable cannabis businesses had rapidly growing needs for more and lower cost credit. Since then, the pot of gold opportunity for banks to lend into the cannabis industry has grown exponentially due to a combination of market constraints on equity causing a dramatic shift to debt and the ever-increasing capital needs of one of the country’s fastest growing industries. At the same time, hurdles to entry of new banks are being systematically cleared as the yellow brick road to the cannabis industry’s access to the financial markets is being paved, brick by brick, by the progressively increasing number and size of banks that are now entering the market. Posted by Stephen Lenn