Our original article on bank lending to the cannabis industry anticipated that the convergence of interest between banks and the cannabis industry would draw more and larger banks to the industry. Banks were awash in liquidity with limited deployment options, while bankable cannabis businesses had rapidly growing needs for more and lower cost credit. 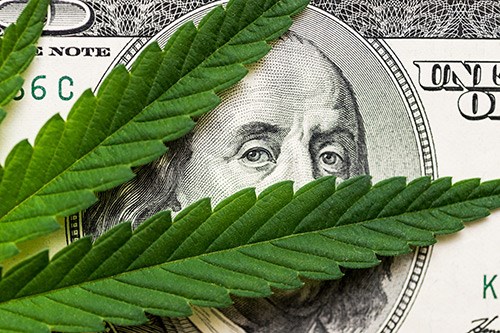 Since then, the pot of gold opportunity for banks to lend into the cannabis industry has grown exponentially due to a combination of market constraints on equity causing a dramatic shift to debt and the ever-increasing capital needs of one of the country’s fastest growing industries. At the same time, hurdles to entry of new banks are being systematically cleared as the yellow brick road to the cannabis industry’s access to the financial markets is being paved, brick by brick, by the progressively increasing number and size of banks that are now entering the market.

Due to these circumstances, and the developments described below, this is driving the emergence of (i) a largely one off, deal by deal participation market, (ii) a nascent syndication opportunity, and (iii) a “politics makes strange bedfellows” coalescence of co-lending by banks with funds and, perhaps, credit unions. Addressing these developments, we have initiated an effort to create an informal community of institutional cannabis lenders to facilitate co-lending and participations, as well as to provide an opportunity to stay abreast of rapidly evolving best practices. We have already received indications of interests from several banks, syndicators and funds, including billion $ plus Chicago Atlantic. Banks, credit unions, cannabis funds and family office lenders that are in or interested in the cannabis market, and may wish to participate, should contact us directly at salenn@bmdllc.com.

Consistent with expectations expressed in the bank lending article and subsequent blogs and conference presentations, even without any federal enabling legislation we’ve seen that happening. Shortly after the article, Harborside announced what may have been the first significant loan to a cannabis company from a substantial commercial bank. More recently, as reflected in our most recent blog, Fluresh Cannabis, a substantial Michigan based cannabis company, announced it had closed on an almost $50 million in loans from a commercial bank. Interestingly, even though those loans were not one offs for these banks, neither wants to be identified.

The growth in the opportunity is reflected in many recent articles, including two in MJBiz. On April 28, 2022, Finance Reporter Nick Thomas noted that “Debt will… increasingly be an option for well-run cannabis companies that are nearing profitability.”

A day later, Veridian Capital Advisors, an authoritative source of information, data and analysis, elaborated on the shift to debt solutions by public companies and large multi-state operators, explaining:

Public companies are loathe to raise equity for two reasons:

If you expect that you might be able to raise capital on the Nasdaq exchange next year, why would you do it now?

Major multistate operators can raise debt at rates of less than 10% (before fees), and it is a much cheaper source of capital than equity.

Clearly, they are correct, but the time has come to add the increasingly available lower cost bank financing into the equation. For one thing, the reduction in rates cited by Veridian is, at least in part, influenced by the rate pressure resulting from banks that are lending to the “A” and “B+” credits in the industry (an increasing universe) in the 6-7% range (sometimes lower). For another, the perspective they express is likely applicable to the smaller MSOs and single state operators that have made it through the eye of the needle, generating revenues and profits, that now need capital for expansion they are considering, either organic or via acquisitions.

If so, this would be both good and bad news for those operators.

However, the ability of the banking industry to meet the industry’s growing appetite for credit is currently constrained by the size of the banks that have taken the plunge. The Fluersh loan blog commented on the significance of a $50 million commercial bank loan to Michigan based Fluresh Cannabis. While the bank has not been identified, it is representative of the evolution of banks lending to the cannabis industry from the initial players—the pioneering small community banks that were the early entrants—into banks with assets of more than $50 billion.

Without going into detail, the size of loans that a bank can make are, to a large extent, correlated to its size. The larger banks now making loans, like the one to Fluresh, are or will soon be running up against either regulatory or house limits on loans to one borrower or industry concentrations. This is a particularly acute challenge where the borrower is growing and will need follow on financing.

One of the results has been to create a need for participating portions of loans to other banks or cannabis lenders. Perhaps most significant at the moment has been the above referenced nascent combination of bank and fund or other institutional lenders acting as co-lenders in transactions with customized structures, generally reserving to the bank deposit relationships and sometimes providing it with “first out” rights.

Returning to the thrust of this blog and the recurrent thread of our articles, blogs and presentations—“follow the money and out of the shadows, into the mainstream,” this expanding need for debt, combined with the rapid movement of the cannabis industry out of the shadows, is almost certain to begin to progressively attract the next tiers of banks, perhaps those between $50-200 billion, banks whose higher loan limits could well have a significant impact on cannabis businesses and the cannabis debt markets.