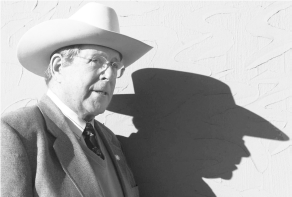 From his philanthropic efforts to persuading New York corporations to move their operations back to Akron in the 1980s, Brennan worked to improve the lives of residents and the community that he called home.

But on Oct. 14, he passed away in his Akron home after a yearlong illness. He was 87.

“My husband was a good guy,” said his wife Ann Brennan. “At his core, he was an Irishman, hard-working, disciplined and yet sentimental and romantic.”

“My father was a really good dad,” said his daughter Nancy Brennan. “He had very high expectations for all of his children. He stressed education and giving back to the community, whether it be by volunteering your time, talent or donating a portion of your treasure.”

Jack Diamond, a co-founder of Brennan Manna Diamond, said Brennan was “bigger than life,” and made a major mark on Akron’s legal and business communities.

“David lived in a big way,” said Diamond, president of Brennan Manna Diamond. “He had big ideas and a big heart. He never talked about his successes but rather his failures. He was willing to take a risk despite the odds. David lived by the golden rule of treating others the way he wanted to be treated.”

The youngest of six children, Brennan was born in Akron on July 5, 1931, weighing 10 pounds and 15 ounces. He grew up in Akron’s Highland Square neighborhood and graduated from St. Vincent High School.

While his large physical presence made him hard to forget, his daughter Nancy said when Brennan turned 16 a doctor told him he would be dead by the time he was 55.

“My father spent the rest of his life proving that doctor wrong,” said Nancy.

In his early 40s, he spent three months at Duke University on the Kempner Rice Diet.

“My mom prepared plain white rice with salt-free tomato sauce for years,” Nancy said. “My dad loved food so it was a monumental task for him to stay on that diet. He did lose a lot of weight and got down to 210 pounds.

“He celebrated every birthday after age 55 as evidence that God still had a plan for him and he’d best get on with it.”

Brennan received his bachelor’s degree in accounting from The Ohio State University. In 1957 he obtained his juris doctor from the school now known as Case Western Reserve University School of Law.

A longtime member of the Akron Bar Association, Brennan focused on tax law and was one of the first attorneys to assist doctors and dentists in turning their private practices into corporations, said his daughter Nancy. He also became a real estate investor in office buildings, apartments and other properties in northeast Ohio and western Florida.

He met his wife Ann when he was in law school.

“We were both on blind dates with other people,” said Ann. “Two days later he called me. He made me laugh a lot. He proposed on our fourth date, but it took me nine months to say yes.”

They were married in 1957 and had four children.

“Our faith was always very important to us as was being involved in the community,” said Ann. “In his later years, David developed a passion for education.”

Brennan began his legal career as a sole practitioner with an office in Wallhaven. In 1963, he joined Amer, Cunningham & Cunningham. The firm later became known as Amer Cunningham Brennan Co.

During his time at the firm, he met attorney Tony Manna.

“When I announced that I was leaving Amer Cunningham Brennan to form a new law firm, David Brennan asked me to take his name as part of the new law firm,” said Manna, chairman of Brennan Manna Diamond. “At the time David was retired, but after I agreed he reactivated his law license.”

The two reached out to attorney Jack Diamond, who was working for Buckingham, Doolittle & Burroughs at the time.

“The three of us were frustrated with traditional law firm structures and we wanted to start a more entrepreneurial law firm in which we aligned with our clients’ interests and let our attorneys invest in the businesses,” said Diamond.

When Brennan Manna Diamond opened on July 1, 2000 there were seven attorneys. Today there are more than 60 lawyers at the firm, which has offices in Akron, Cleveland, Columbus, Bonita Springs, Florida and Jacksonville, Florida.

Brennan served as chairman of the Brenlin Group, a diversified manufacturing conglomerate. The company broke apart in the mid-1990s but was once the largest non-public company in Ohio worth over $100 million.

His wife said it was while Brennan was chairman of the Brenlin Group that he began wearing a white cowboy hat.

“David and his partners bid for the former LTV Steel mill in Gadsden, Alabama,” said Ann. “David flew to Gadsden where he was interviewed by a local TV newscaster.  This gentleman asked him how he felt coming into town, wearing a black hat and firing all those people.

Diamond said Brennan did much to revitalize downtown Akron, constructing an office building, giving millions of dollars to Summa Health and purchasing the Ramada and Portage hotels.

“The Portage Hotel was torn down for development and is the current site of the Summa Care building, but David tried to stabilize the Ramada,” said Diamond. “He and Tony Manna also built Akron’s minor league baseball stadium, where the Akron RubberDucks now play.

“David was the self-proclaimed ‘Wizard of Main Street.’”

In 1986 Brennan received The University of Akron’s first Entrepreneur of the Year Award. He was also awarded an honorary Doctor of Laws degree.

Brennan and his wife Ann established The David L. Brennan Chair of Law at UA and recently the David and Ann Amer Brennan Courtroom was dedicated in their honor in recognition of a major gift they made toward the renovation and construction of the C. Blake McDowell Law Center.

As time went on Brennan focused a large part of his efforts on improving education.

In 2003, Brennan and his wife Ann gifted $10 million to St. Vincent-St. Mary High School. They also donated to Our Lady of the Elms.

His daughter Nancy said it was while attempting to re-train employees at one of the Brenlin Group’s manufacturing companies that Brennan came to the conclusion that more needed to be done to educate students while they were young.

“We used computers to educate our employees long before the day of the iPad or iPhone,” said Nancy. “Later we provided onsite learning labs for employees and eventually brick-and-mortar and virtual schools in Ohio and elsewhere.”

Diamond said Brennan thought it was unfair that inner-city children were limited to the schools in their district.

“He felt that a student should be able to take their portion of the public money afforded for their education and use it to go to a better school,” said Diamond. “That’s what led him to advocate for vouchers.”

Ohio Gov. George Voinovich put Brennan in charge of the Commission on Educational Choice in 1992.

“David personally funded a lawsuit over a voucher program in Cleveland that went before the U.S. Supreme Court,” said Diamond.

The 2002 landmark U.S. Supreme Court decision in Zelman v. Simmons-Harris upheld the constitutionality of an Ohio law, which gave vouchers to Cleveland students so they could attend public or private schools of their choice, including parochial schools.

“David really wanted to help children in disadvantaged situations to get a good education,” said Manna. “There are a lot of people out there who preach about helping others, David was willing to put his money where his mouth was, even when it did not necessarily benefit him financially.”

In 1998 Brennan founded White Hat Management, a for-profit charter school system, which sold the last of its contracts to run charter schools in July 2018.

“David took a lot of risks during his lifetime and not all of them paid off,” said Diamond. “He was a visionary, there’s no doubt about that.”

A mass of Christian burial was held at St. Sebastian Church on Oct. 27, followed by private interment.

“The world has been left with a big hole,” said Ann. “I hope someone young and strong comes along and fills it.”

Brennan is survived by his wife Ann; children Beth of Missoula, Montana, Jay (Julie) of Greensboro, North Carolina, Kathleen (Claude Hendon) of Tallahassee, Florida and Nancy of Akron. He also leaves behind grandchildren Brigit and Dylan Rossbach, Rosalie, David, Michael and Daniel Hendon, Ann and Margaret Brennan and Claire and Hannah Brennan along with his loyal companion and friend John Phillips.

His parents Josephine and Daniel, brothers Joseph, Daniel, Thomas and John, his sister Bea Fulkman and his infant son Billy all preceded him in death.