On April 28, 2022, the Department of Health and Human Services, Office of Inspector General (“OIG”) published an Advisory Opinion[1] in which it evaluated a proposed arrangement where a network of clinical laboratories (the “Requestor”) would compensate hospitals (each a “Contract Hospital”) for specimen collection, processing, and handling services (“Collection Services”) for laboratory tests furnished by the Requestor (the “Proposed Arrangement”). The OIG concluded that the Proposed Arrangement would generate prohibited remuneration under the federal Anti-Kickback Statute (“AKS”) if the requisite intent were present.  This is due to both the possibility that the proposed per-patient-encounter fee would be used to induce or reward referrals to Requestor and the associated risk of improperly steering patients to Requestor. 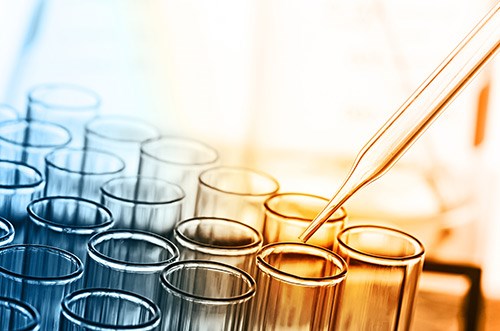 The Requestor certified to all of the following with respect to the Proposed Arrangement:

The AKS is a federal law that prohibits an individual from knowingly and willfully soliciting or receiving, or offering or paying, any remuneration (i.e. kickback, bribe, or rebate), directly or indirectly, overtly or covertly, in cash or in kind, in return for referring an individual to a person for the furnishing or arranging for the furnishing of any item or service for which payment may be made in whole or in part under a federal health care program.[2] The statute has been interpreted to cover any arrangement where one purpose of the remuneration is to induce referrals for items or services reimbursable by a federal health care program.[3] The OIG has created several safe harbors to provide protection to certain arrangements that meet the conditions set forth in an applicable safe harbor.

The OIG concluded the Proposed Arrangement would implicate the AKS because it would involve payments from a laboratory to a hospital that is in a position to make referrals to the laboratory and to arrange for the laboratory to furnish services that may be paid for by a federal health care program. The OIG provided the following analysis:

Further, the OIG noted the Proposed Arrangement warrants scrutiny because laboratory services are susceptible to increased risk of steering referrals, and the arrangement involves a “per-click” fee structure, which is inherently reflective of the volume or value of referrals or business otherwise generated between parties.  In summary, the Proposed Arrangement would pose more than a minimal risk of fraud and abuse under the AKS because of the per-patient-encounter fee.

Although in issuing this Advisory Opinion, the OIG relied solely on the facts and information presented to it by the Requestor, the Advisory Opinion does provide a roadmap for evaluating arrangements between laboratories and hospitals for collection-based services. If you have any questions about Advisory Opinion 22-09, please contact a BMD healthcare attorney today.

August 26, 2022As we prepare for the plenary session of the informal institutional cannabis lenders community announced in my previous article, I am pleased to advise that participants now include 5 of the best-known dedicated loan funds; a select group of commercial banks ranging in size from single state community banks to mid-size regionals making cannabis loans into the mid-8 figures; and, a syndicator of credit union cannabis loans. Posted by Stephen LennClient Alert

August 22, 2022On August 16, 2022, President Joe Biden signed into law the Inflation Reduction Act (the “Act”), a landmark climate, healthcare, and tax bill. Though the Act’s climate provisions have received most of the media attention, the healthcare aspects of the Act present some of the most significant changes to the American healthcare system since the passage of the Affordable Care Act. Posted by Daphne Kackloudis and Ashley WatsonClient Alert

The Current State of Assignment of Benefits Litigation in Florida

August 5, 2022On May 25, 2022, Florida lawmakers approved property insurance reforms that remove attorney’s fees, with respect to assignment of benefits (“AOB”) property insurance litigation. One-way attorney’s fees are a longstanding problem in Florida and the reforms come at a time when AOB litigation increasingly affects homeowners in a negative way. Posted by Nhan T. Lee with Wayne A. ComstockClient Alert

July 26, 2022Ohio Senate Bill 225 is poised to make dramatic enhancements to certain tax credit programs in Ohio, specifically those surrounding investments in “Opportunity Funds” and historic buildings. Signed into law by Governor Mike DeWine in June 2022, the Bill is positive news for real estate developers working to revitalize Ohio communities with investment and rehabilitation projects. Posted by Jason A. Butterworth with Jonathan Ziga