A Win for the Hospitals: An Update on the Latest 340B Lawsuit

The Ruling at a Glance

On Wednesday, the Supreme Court unanimously rejected massive payment cuts to hospitals under the 340B drug discount program. Now, the Department of Health and Human Services (HHS) no longer has the discretion to change 340B reimbursement rates without gathering data on what hospitals actually pay for outpatient drugs. This “straightforward” ruling was based on the text and structure of the statute, per the Supreme Court. Simply put, because HHS did not conduct a survey of hospitals’ acquisition costs, HHS acted unlawfully by reducing the reimbursement rates for 340B hospitals. 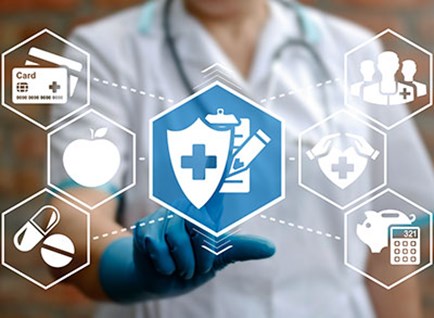 The History of this Healthcare Battle

Beginning in 2018, HHS began reducing reimbursement rates for hospitals in the 340B program by roughly 30% and paying higher rates to hospitals not under the program. The American Hospital Association (AHA) and other provider groups argued that these cuts were illegal because the hospitals involved were never surveyed to determine their average drug acquisition costs. The agency instead used the “average price” method, which is also approved by Medicare to determine reimbursement for hospital-purchased drugs. HHS countered that courts do not have jurisdiction to review 340B payment policies.

HHS previously argued that in designing the 340B program, Congress would not have intended for the agency to "overpay" hospitals for 340B drugs. However, the Supreme Court disagreed, asserting that legislators would have been "well aware" that 340B hospitals paid less for prescription drugs. According to the Court, even if the reimbursement payments were intended to offset the considerable costs of providing healthcare to the uninsured and underinsured in low-income and rural communities, the Court is not the correct forum to resolve policy debates.

After this pro-hospital ruling, the AHA, AAMC (American Association of Medical Colleges) and America's Essential Hospitals called it "a decisive victory for vulnerable communities and the hospitals on which so many patients depend." In their shared statement, the organizations declared that “340B discounts help hospitals devote more resources to services and programs for vulnerable communities and increase access to prescription drugs for low-income patients.”

Now, the legal landscape regarding 340B programs is even more complex. More litigation is pending as the Biden Administration’s 340B regulations have spurred conflict with pharmaceutical companies nationwide.

If you have any questions about this Supreme Court decision or the 340B program in general, please contact BMD Healthcare and Hospital Law Member – Jeana Singleton at jmsingleton@bmdllc.com, or 330.253.2001.

Metaverse in the Workplace: What Do Employers Need to Know?

June 16, 2022Emerging technologies are creating a host of new legal issues for employers. The rise of the metaverse has been one of the most anticipated expansions over the last few years. The metaverse is a virtual world that allows users to interact with each other in simulated environments. The metaverse in the workplace has been expanding rapidly as businesses explore the use of virtual reality and augmented reality to improve workflows and communication. Posted by Jeffrey C. MillerClient Alert

June 9, 2022The profound impacts of climate change, combined with environmental and industrial pollutions, have led the U.S. Department of Health and Human Services (HHS) to establish the Office of Environmental Justice (OEJ). The creation of OEJ aligns with President Biden’s Executive Order Tackling the Climate Crisis at Home and Abroad. The OEJ will be led by Sharunda Buchanan, a former official for the Center for Disease Control and Prevention and will target disadvantaged communities around the country in hopes of improving the health of those populations and preventing future harm. Posted by Kate Hickner and Abigale GrosecloseClient Alert

May 19, 2022While the COVID-19 pandemic certainly created many obstacles and hardships, it also created many opportunities to try doing things differently. This can be seen in the instant rise of remote work opportunities, telehealth visits, and virtual meetings. Many States took the challenges of the pandemic and turned them into an opportunity to adjust the regulations governing licensed professionals, including for advanced practice registered nurses (APRNs). Posted by Jeana M. Singleton