In a win for providers, a Texas federal court granted the Texas Medical Association’s (TMA) motion for summary judgment and struck down portions of a federal rule that establishes a reimbursement rate arbitration process between payors and providers under the No Surprises Act (NSA). We have previously written about the requirements of the No Surprises Act and those articles can be found on our BMD Resources webpage.

The No Surprises Act

The goal of the No Surprises Act is to shield patients from surprise medical bills and provide a forum to resolve payment disputes over surprise bills, which arise most typically in emergency care settings. As it pertains to the present lawsuit, the NSA established an independent arbitration process (aka the independent dispute resolution, or IDR, process) to settle insurer-provider disputes over reimbursement amounts for emergency patient care and certain non-emergency inpatient care. 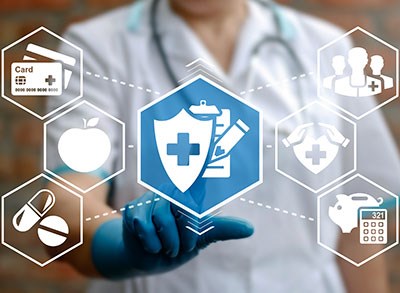 The Interim Final Rule implementing the IDR process requires the neutral party charged with resolving the payment dispute should start by assuming the appropriate amount is the median amount usually paid for that service in that geographic area (aka the qualifying payment amount or QPA). As a result, many providers and provider trade associations filed suit against the Department of Health and Human Services, arguing that the creation of this rebuttable presumption went against Congress’s original intention when drafting the NSA.

The Ruling at a Glance

One of these lawsuits, Texas Med. Ass’n v. Dep’t of Health and Human Serv., saw the Texas Medical Association (TMA)—a coalition of medical providers—challenge the QPA portion of the IDR process. TMA argued that Congress never meant for arbitrators to give QPAs presumptive weight because Congress explicitly provided the arbitrator with a multi-factor analysis. Thus, TMA argued that other factors like training and quality of care should be given equal weight to the QPA amount. The government, in response, asserted that TMA’s reading of the statute grants arbitrators “virtually unfettered discretion” to weigh competing factors when selecting an offer.

On Wednesday February 23, 2022, Judge Jeremy Kernodle, a federal district judge for the Eastern District of Texas, ruled for TMA and noted that the government failed to follow the NSA’s text and proper notice and comment procedures when it required arbitrators to select the amount closest to the QPA when settling insurer-provider payment disputes. In so ruling, he declared that the federal agencies “impermissibly altered the [No Surprises] Act’s requirements” in violation of core administrative law principles when they departed from the text of the No Surprises Act. He reasoned that the rule, as written, requires arbitrators to presume the correctness of the in-network median rate (QPA) as the amount for an insurer to pay a provider and then impose a heightened burden on the remaining factors to overcome that presumption. In his eyes, the rule as written conflicted with the “unambiguous” terms of the No Surprises Act that allowed arbitrators to consider a variety of factors in their arbitration decision and that the best way forward was to vacate the affected portions of the rule.

What Does the Ruling Mean for Providers?

As of now, this ruling means that the following provisions of the NSA’s IDR process are invalidated nationwide:

All other parts of the NSA, including the requirement for health care providers to provide patients with a good faith estimate of the cost of their care, remain in effect.

This ruling will likely be appealed, as arbitrations under the NSA were set to begin in March. Similar lawsuits across the United States are currently making their way through the courts, signaling that litigation over the NSA’s regulations is far from over. Additionally, HHS has indicated that it will issue a Final Rule by May 2022, so there is certainly more guidance to come.

To stay informed on the latest information about the No Surprises Act, contact Daphne Kackloudis at dlkackloudis@bmdllc.com or Ashley Watson at abwatson@bmdllc.com.

This alert does not constitute legal advice.