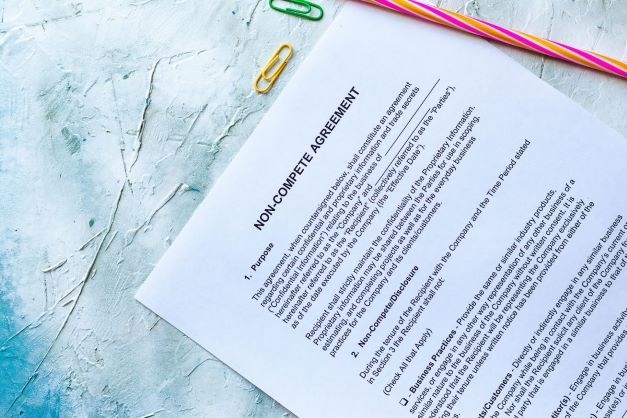 Non-compete agreements are an ongoing topic of dispute. Employers and their advocates point to the efficacy of non-competes in protecting proprietary information. Employees and their advocates argue about worker mobility and that employers unduly burden workers’ ability to seek better jobs.

The Biden administration has put forth its position, and state legislatures have introduced bills addressing the enforceability of non-competes.

Here is what you need to know:

Why we have non-compete agreements

Employers rely on non-compete agreements to keep proprietary advantages out of competitor’s hands. Noncompetition agreements are intended to protect a business’s trade secrets, along with their investment in specialized training, proprietary methods and information, and customer goodwill that it has developed over time.

The movement to restrict or ban non-compete agreements

The impetus to restrict or prohibit non-compete agreements is not new. Both the Obama Administration and the Trump Administration entertained the idea. In July 2021, President Biden expressed his intention to curtail the prevalence of noncompetition agreements with an Executive Order on Promoting Competition in the American Economy.

Opponents often point to extreme cases like that of fast-food restaurants — where sandwich shop employers attempt to enforce non-compete agreements against former low-wage workers who have gone to a competitor.

These examples are effectively used to demonstrate an actual and/or perceived threat to low-wage worker mobility and have spurred the push for change in the restrictive covenant sphere.

However, such a ban is not imminent and would otherwise be subject to legal attacks. Any outright ban on non-compete agreements by the FTC would likely be challenged on the grounds that it violates the Contract Clause of the U.S. Constitution and that such an attempt to broadly grant this power to the FTC is unconstitutional under the Non-delegation Doctrine.

As such, the passage of new restrictions or limitations on non-compete agreements by the state legislatures can have far-reaching implications.

Restrictions on non-compete agreements, despite being intended to benefit employees, may operate to their detriment. If employers no longer have the ability to use non-compete agreements as a tool to protect their proprietary information — and otherwise prevent current employees from departing and working for a competitor — employers may be disincentivized to invest in employee development, offer proprietary training techniques, and pay for top talent.

Similarly, employers may be more skeptical in hiring processes because of the increased opportunity for corporate espionage and employee poaching that comes with limiting the enforceability of non-compete agreements.

Litigation over other forms of restrictive covenants (e.g., non-solicitation agreements and confidentiality agreements) may increase as non-compete agreements are limited. If non-compete agreements become less effective at protecting employers’ proprietary interests, businesses may turn to other types of restrictive covenants to protect the same. However, where employers are trying to protect the same interests, but with different instruments, a grey area is certain to result. And, in the context of a dispute, grey area almost always leads to litigation.

So, how should employers act to protect proprietary information and assets moving forward?

Finally, employers should update their policies relating to offboarding employees to ensure that no confidential information has been transmitted in the weeks leading up to the termination.

If you have questions or need assistance with non-compete agreements either as an employer or employee, Member Josh La Bouef would be happy to assist you with your situation. Contact Josh at jrlabouef@bmdpl.com.

May 1, 2022In recognition of Asian American and Pacific Islander Heritage Month (AAPI Heritage Month), Brennan Manna and Diamond is proud to recognize the contributions and achievements of our AAPI members. Posted by Brennan, Manna & DiamondBlog Post

April 18, 2022The announcement by Fluresh, a vertically integrated Michigan based cannabis business, of the closing of loans from a federally insured commercial bank totaling almost $50 million represents an important landmark for both Fluresh and the cannabis industry writ large. For Fluresh, perhaps as important as the bottom-line benefits of lower cost financing, the fact that its operations and financials passed muster with a substantial commercial bank can be regarded as an important rite of passage. For the industry, it reflects its inexorable movement out of the shadows and into the mainstream. This substantiates the view that, whether or not any of pending the federal legislation is enacted, bank lending to the cannabis industry will continue to accelerate. Posted by Stephen LennBlog Post

Out of the Shadows | An Investor Summit Recap

February 9, 2022After a COVID hiatus of more than 2 years, I rejoined the institutional cannabis investment speaker circuit, offering the closing remarks at the Kahner Global Cannabis Private Investment Summit in Coral Gables, Florida. My remarks addressed how banking developments are increasingly impacting cannabis investment, operating and financial strategies and decisions, for both plant touching and the growing array of ancillary businesses serving the industry. Posted by Stephen Lenn with James YoungBlog Post

November 4, 2021We are excited to announce that BMD is included in the 2022 Edition of U.S. News – Best Lawyers “Best Law Firms,” recognized for professional excellence with consistently impressive ratings from clients and peers. The full firm report is included. Posted by Brennan Manna Diamond